…Says It Will Bear Applicants’ Cost Of Survey, Planning Permission

Oyo State Government has launched a digitized Certificate of Occupancy issuance platform, as part of its strategy for growing the Gross Domestic Product of the State.

A release issued by the Commissioner for Lands, Housing and Urban Development, Barrister Abiodun Abdu-Raheem noted that the processing and collection of Certificate of Occupancy is now faster, easier and affordable.

Abdu-Raheem said “the processing and collection of Certificate of Occupancy would take only Sixty (60) days under the Oyo State Home Owners Charter (OYHOC) scheme. While Government will bear the cost of survey, planning permission and all other relevant documents for applicants who do not have them under the OYHOC scheme”.

“Records have shown that majority of residential landed properties in Oyo State have no registered titled documents leaving such property owners open to many risks, hence the need for the C of O”, he added.

According to the Lands helmsman, all C of O’s issued under the improved OYHOC will not only be digitized, for ease of authenticity confirmation, they would also be the same legal instrument as any other C of O being issued by the Government.

He added that, “Property owners can now easily use their properties as collateral for any financial transaction as well as having their documentation on the digital database of the Ministry for ease of confirmation and transfer”.

The Commissioner pointed out that the first 2,000 applicants will enjoy a 15% discount, hence it is critical for all applicants to immediately register their application with the OYHOC recharge cards following the instructions carefully. He however noted that the concessionary processing fee applicable for the OYHOC scheme C of O is only available for applications received between now and 31st December, 2020. 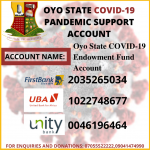 Oyo State Needs your Support towards the Covid-19 PandemicApril 3, 2020
One Year In Office: Makinde Set To Roll Out First Set Of Digitized C Of OsMay 30, 2020

Featured NewsMinistry of JusticeMinistry of Lands, Housing, Survey and Urban DevelopmentMinistry of Women Affairs and Social InclusionOffice of The Head of Service 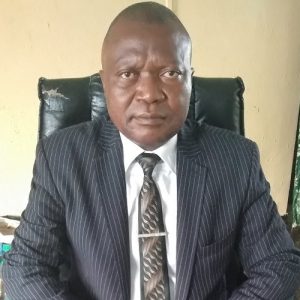